To share your memory on the wall of Janet Scherer, sign in using one of the following options:

Janet Elaine Scherer was born on December 13, 1940 in Lincoln, NE to Allen and Viola (Shoemaker) Tiedtke. Janet attended Pilger Public Schools and graduated from Pilger High School in 1958, as the class Valedictorian.

On February 1, 1959, she was united in marriage to Terry Scherer at the Pilger United Methodist Church in Pilger, NE. The couple farmed south of Pilger until 1964, when they moved to Illinois and lived in the communities of Galesburg and Knoxville. In 1968, they returned to Nebraska settling in West Point. The family moved to Norfolk in 1969 and returned to West Point in 1970.

Janet began working for Dr. Showers Dental Office before working as the bookkeeper for Dr. Sucha and Dr. Tibbles. She later split her time between Home Health and the Dinklage Medical Clinic before retiring.

Janet loved to crochet, cook and bake. At Christmas time her kolaches and crocheted snowflakes were a hit. Janet’s artistic side was evident in all the different forms of crafts that she mastered.

Survivors include-
Her husband of 62 years-Terry of West Point, NE
Children and their families-
Jeff and Lori Scherer of Beemer, NE and family-
Eric and Amanda Scherer and daughter-Pippa
Jared and Kristen Scherer
Ryan and Amber Robart and children-Atticus, Aidynn, Asher and Michael
Erin Robart and son-Simon
Bob and Cindy Scherer of Dakota Dunes, SD and family-
Tia and Kyle Knudsen and children-Kennedy and Leo
Scott and Jean Scherer of Rapid City, SD and family-
Matthew Scherer
Emily Scherer
Ann and Scott Greene of Arlington, VA and family-
Bryce Greene
Zachary and Lindsey Greene and son-Weston
Remi and Jeremy Martinez and daughter-GiGi
Sister- Carol James of Trout Creek, MT

To send flowers to the family or plant a tree in memory of Janet E. Scherer, please visit our Heartfelt Sympathies Store.

We encourage you to share your most beloved memories of Janet here, so that the family and other loved ones can always see it. You can upload cherished photographs, or share your favorite stories, and can even comment on those shared by others.

Flowers were purchased for the family of Janet Scherer. Send Flowers

Posted Jul 14, 2021 at 11:11pm
Please accept our most heartfelt sympathies for your loss... Our thoughts are with you and your family during this difficult time.

Flowers were purchased for the family of Janet Scherer. Send Flowers 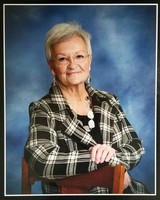