To share your memory on the wall of Marlyn Hunke, sign in using one of the following options:

Marlyn (Van Dyke) Hunke was born on September 25, 1940 in Humphrey, NE to Solanus and Stella (Ottis) Van Dyke. She grew up in the Cornlea, NE area and graduated from Humphrey St. Francis High School in 1958. She was employed with the Public Power District prior to her marriage.

On September 3, 1960, she was united in marriage to Eugene Hunke at Sacred Heart Catholic Church in Cornlea, NE. They have resided in Dodge since that time where they raised their family. Marlyn spent most of her life as a full time mom and homemaker. She enjoyed cooking, baking, gardening and sewing. The quilts and blankets she created will be cherished forever. Her homemade rolls and chocolate chip cookies were a big hit at every holiday and the grandchildren always fought over who got the last roll. Family meant everything to her. After their children were grown, Gene and Marlyn enjoyed many wonderful trips together.

Marlyn was a member of St. Wenceslaus Catholic Church, its Altar Society, and Christian Mother’s. She also volunteered at the Parkview Home in Dodge, NE.

To send flowers to the family or plant a tree in memory of Marlyn Hunke, please visit our Heartfelt Sympathies Store.

We encourage you to share your most beloved memories of Marlyn here, so that the family and other loved ones can always see it. You can upload cherished photographs, or share your favorite stories, and can even comment on those shared by others.

McGregor Interests and McGregor Tax and Accounting and The Fairbanks & Burbachs sent flowers to the family of Marlyn Hunke.
Show you care by sending flowers

Posted Jul 02, 2021 at 12:27pm
Please accept our sympathies. Marlyn was a special person and will be deeply missed.

3 trees were planted in the memory of Marlyn Hunke

Posted Jul 06, 2021 at 09:27am
Please accept our most heartfelt sympathies for your loss... Our thoughts are with you and your family during this difficult time.

Vivid Recollections was purchased and planted a memorial tree for the family of Marlyn Hunke. Send Flowers

The Fairbanks & Burbachs purchased flowers for the family of Marlyn Hunke. Send Flowers

Flowers were purchased for the family of Marlyn Hunke. Send Flowers 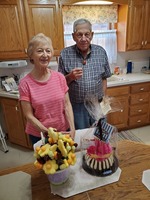 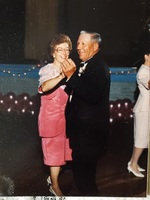