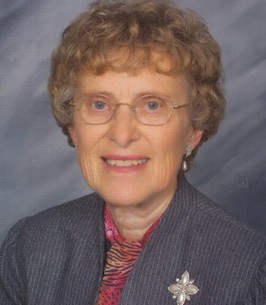 Funeral services for Elaine (Mrs. Robert) Albers age 87 of Wisner, NE will be held on Monday, November 7, 2022 at 10:30 a.m. at St. Paul's Lutheran Church in Wisner, NE with Pastor Jared Hartman officiating. Interment will be in the Wisner Cemetery. Visitation will be on Sunday from 3:00 p.m. to 5:00 p.m. at the Minnick Funeral Home in Wisner and will continue on Monday one hour prior to the service at the church.

Elaine passed away on Thursday, November 3, 2022 at the Wisner Care Center.

After the death of her father at the age of 1 year, she lived in Wisner at the home of her paternal grandmother. She later moved with her family to a farm south of Wisner after the marriage of her mother to her stepfather John Wubbenhorst.

Elaine was united in marriage to Robert Albers on November 17, 1957 at Zion Lutheran Church, rural Wisner. They were close to celebrating 65 years of marriage.

Elaine was a very faithful person and was a dedicated caregiver for a loved one.

One of her life-long joys was growing beautiful flowers in her garden, and also had a special interest in genealogy and local area history, creating valuable records for family members.

Elaine was a member of St. Paul Lutheran Church in Wisner. She served on the Banner Committee, was involved in Bible Study and the Busy Fingers Quilting Group.

Elaine was preceded in death by her father-George Hollman, mother and stepfather-Alvina and John Wubbenhorst, and sister and brother-in-law-Mary Ann and Fred Timmerman.