To share your memory on the wall of Michael Bates, sign in using one of the following options:

Mike passed away on Wednesday, November 25, 2020 at CHI Lakeside Hospital in Omaha, NE.

Michael Gilbert Bates was born on June 12, 1948 to Lionel Gilbert and Wilma (Shawler) Bates in Des Moines, IA. In his youth he was involved in Boy Scouts. He graduated from North English, IA High School in 1966. He attended Wayne State College, where he played football. Mike graduated from Wayne State with B.S. Degrees in Business and Physical Education, with a coaching endorsement. He first taught at Beemer, NE High School, teaching Business and Physical Education and was the head football coach.

In 1974, he was united in marriage to Jeaneen Hass at the Christ Lutheran Church in Wisner, NE. Mike continued teaching in Manning, IA and Fayette, IA before entering the business world as a salesman. For the last 25 years he was involved in the Food Concession Industry.

To send flowers to the family or plant a tree in memory of Michael Bates, please visit our Heartfelt Sympathies Store.

We encourage you to share your most beloved memories of Michael here, so that the family and other loved ones can always see it. You can upload cherished photographs, or share your favorite stories, and can even comment on those shared by others.

Posted Jun 12, 2021 at 07:03am
May this be an Annual Memorial Blessing from your North Region Operators. 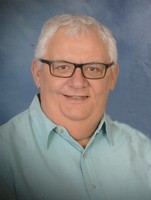