To share your memory on the wall of Donna Neisius, sign in using one of the following options:

Donna passed away on Thursday, November 19, 2020 at the Heritage of Bel Air in Norfolk, NE.

Donna Mae (Hundt) Neisius was born in Madison County, NE to Walter and Meta (Davies) Hundt. She was baptized on December 19, 1937 and later confirmed on April 13, 1952 at Christ Lutheran Church in Norfolk, NE. Donna attended parochial school in Madison, NE and later graduated from Madison High School in 1955. She went on to obtain an Associate Degree in Cosmetology.

On September 7, 1958, she was united in marriage to Ronald Neisius at the Christ Lutheran Church in Norfolk, NE. Donna had worked at Frank’s Barber Shop in Norfolk and for Esperance Jackson in Pilger for a number of years. She later worked at the Pilger Elementary School in the lunch room and was an Avon Consultant for many years.

Donna was a member of St. John’s Lutheran Church in Pilger, NE, and she and Ron also belonged to a Card Club. She enjoyed spending time with her family at the cabin, watching her grandkids and great grandkids grow up, playing Turkey Bingo, and gardening.

To send flowers to the family or plant a tree in memory of Donna Neisius, please visit our Heartfelt Sympathies Store.

We encourage you to share your most beloved memories of Donna here, so that the family and other loved ones can always see it. You can upload cherished photographs, or share your favorite stories, and can even comment on those shared by others.

Posted Nov 22, 2020 at 06:07pm
To the family of Donna Neisius: I am saddened to hear of Donna's passing. She was a nice person. I remember spending time with all of you at the Neisius/Nielsen family reunions, as well as at Grandma Nielsen and Uncle Melvin Nielsen's birthday celebrations. I am your cousin Ella (Nielsen) Gray Clark's daughter. The heart is never ready, the time is never right to say good-bye. You are in my thoughts now and in the days to come. Angie (Gray) Ladner
Comment Share
Share via: 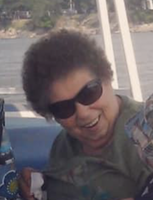